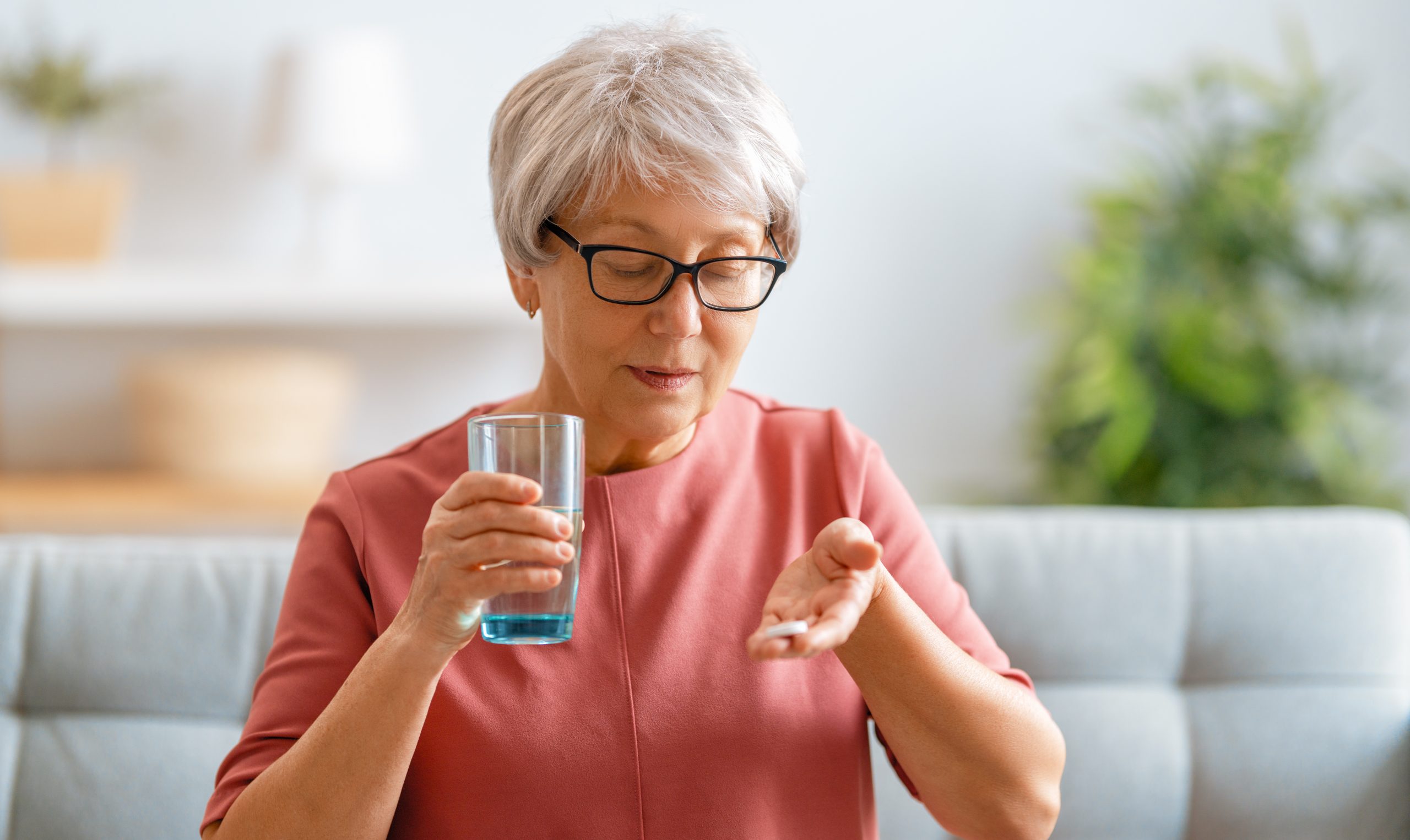 Yet another wonderful effect that CBD (cannabidiol) is having on the population in general, is an increased awareness of the interactions between medications that can occur when a patient is taking more than one medication.  The growing popularity of CBD use, without physician prescription or recommendation has led to concerns being raised by the medical community regarding cannabidiol’s potential to interact with other pharmaceuticals.  Awareness of drug-drug interactions is important for all medicines including cannabis and the concerns for and awareness of prescription drug interactions is rarely considered more than cursorily when new medications are prescribed.

To put the situation in some context, adverse drug reactions (ADRs) involving FDA-approved prescription drugs are one of the leading causes of morbidity and mortality in health care.  The FDA’s website & learning module on ADRs estimates that there may be more than 2,216,000 ADRs in hospitalized patients causing over 106,000 deaths annually in the United States.  This number does not include reactions that occur in outpatient settings or that are not serious enough to require hospitalization.

The first statement that must be made as we move forward discussing concerns regarding the potential for cannabidiol to interact with other prescription drugs is that there are no large trials looking at the interactions between what the majority of patients use, as their cannabidiol preparation and interactions with pharmaceuticals.  There are no small studies that have looked at this either.  The huge array of different preparations, from different farms,  and in different forms of CBD, and from different cultivars of hemp and what is referred to as the ‘wild west’ of cannabidiol use make all of the comments that will follow, regarding any specific risks and interactions an extrapolation of the limited data that is mainly taken from clinical trials of Epidiolex (the FDA approved CBD isolate preparation approved for use in refractory forms of childhood epilepsy) and other cannabis-derived pharmaceutical preparations.  This means that the data that DOES exist regarding the potential risk for interactions between CBD and pharmaceuticals is largely from preclinical studies (i.e. from laboratory studies on animals or based on speculation, and not on definitive science.    Interpret with caution and perhaps a small degree of skepticism when reading online about the risks of CBD interacting with pharmaceuticals, because the real risks are unknown.

The process known as “Metabolism”

It is defined as the set of life-sustaining chemical reactions that occurs within an organism.  We use that term to describe how efficiently (or inefficiently) our bodies absorb and utilize the nutrients that we consume, and consequently affects our weight and body composition.  Importantly in medicine, that term describes how our bodies absorb medications and how effectively those medications work within us to do the job that we require of them.  We take a lot of medications for a lot of conditions.  This post is focused on prescription ‘drug’ metabolism and will address how taking multiple medications can affect the effectiveness, and potential toxicity of the different medications taken.  Specifically looking at how consumption of cannabidiol may effect the potency and toxicity of certain commonly used medications.  Drug metabolism is a very complicated subject so this will be a very superficial overview and hopefully give some helpful bits of information to incorporate into your normal daily routines.

Drug metabolism is accomplished in a number of sites in our bodies and impacted by many things including our genetics and the genetic activity of the bacteria that reside within our large intestine (our gut microbiome), whether or not the medication is taken with food, and the presence or absence of other drugs including alcohol, which can also cause a drug-drug interaction with medications.  Consider these factors if you notice that a medication isn’t doing its job as well as it should or perhaps did in the past; for example: if your blood pressure stays high despite taking your usual medication dose.  Drug metabolism occurs largely in the liver and kidney, but also in the intestines and even some in red blood cells.

Liver metabolism, specifically involving a family of enzymes called CYP450 (cytochrome P 450) is where an estimated 60-80% of pharmaceuticals are metabolized and is the primary site that will be considered in this post, as it is the most clinically relevant.  The amount of CBD consumed, as well as the timing of administration relative to other medications are important considerations, with respect to the risk of interactions with other medications.  Additionally, there is a wide range of doses of CBD taken to relieve different conditions. CBD when taken as an isolate form, meaning in the absence of any other cannabinoid molecules, and when taken in very high doses (over 1,000mg per day or more) has been found to be more likely to result in clinically significant effects on other medications taken.  For patients using commonly found CBD tincture preparations, for example; a typical strength (a slightly ‘stronger’ concentration would be a vial containing 1,000mg total CBD), at a recommended amount to potentially help with symptoms, for example 1 to 2 ml, taken twice to three times a day.  This amount, 2 dropperfuls (2 mls) taken every 8 hours, would give a daily dose of 198mg of CBD per day.  An amount less than 1/5 the amount found to cause a problematic drug interaction in the studies considered.   What this means, practically speaking is that: patients using typical concentrations of full- or broad-spectrum tinctures or edibles, at typically suggested doses and intervals are very unlikely to experience any negative effects on their other medications or how those are working for them.  The studies showing significant interactions of CBD on anti-epileptic drugs, were seen with Epidiolex (a CBD isolate) where common doses of the drug may be 500 to 1000 mg (or more depending on the weight of the patient) of CBD twice a day.  It is a commonly known truism that whole-plant CBD extracts (full-spectrum and broad-spectrum tinctures) do not require as high of doses as isolate CBD and have not shown clinically significant risks for patients and in general have not shown interference with many commonly used anti-epileptic medications.

From a practical standpoint, certain families of medications that have been found to be impacted to a significant degree by the use of high-dose, CBD isolates (Epidiolex studies) include some  anti-epileptic drugs, including:  clobazam, rufinamide, topiramate, zonisamide, and eslicarbazepine.  Of these medications, only the impact on clobazam’s concentration moved it to a degree of possible toxicity in the study.  The authors of that study none-the-less concluded that “CBD is safe and effective treatment of refractory epilepsy in patients on clobazam treatment” but that monitoring of its blood levels was necessary.

Other medications that certainly warrant caution when used in conjunction with CBD include chemotherapy agents used in fighting cancers.

These medications have a very narrow therapeutic index, meaning their ‘toxic’ dose is not very far away from the dose considered ‘therapeutic’; meaning the amount required to do the desired job (kill cancer cells) is close to the amount that causes harm to too many healthy cells.  We know that healthy cells are killed by chemotherapy, but given our current lack of other treatment options, the potential benefits outweigh those risks.  Interestingly, a lot of the research done on patients using cannabis medicines in combination with their chemotherapy medications show some potentiation of the chemotherapy medications, meaning a stronger effect of the chemotherapy, and possibly a lower dose of chemotherapy needed.  This would be a potentially good effect, as lower doses of chemo needed, could decrease the risk of complications and toxicity from the chemotherapy.

Warfarin (branded as ‘coumadin’ is an oral blood-thinner used to treat patients at high risk for strokes, or who have experienced blood clots, deep-venous thrombosis, in the legs or lungs) and it can be impacted by use of cannabidiol, warranting caution with the use of CBD in patients taking coumadin.

In a nutshell, chemotherapy agents, certain anti-seizure medications, certain blood thinners, and some HIV anti-viral therapy have been seen to be impacted by the use of CBD along with these medications.  Patients taking valproate with CBD have been found to develop elevations in liver function enzymes, which are reversible, and a known side-effect of valproate.

Drug-drug interactions are important and potentially dangerous effects to be considered when taking multiple medications and cause much harm to many patients every year.  The concerns being raised about the possible risks of CBD causing such reactions are largely theoretical, unconfirmed, and based upon ingestion of isolate preparations at much higher doses than most patients consume.  That does not mean they are not possible and should not be watched for.  It also does not mean that CBD use should be avoided in most cases due to these concerns.

Some general guidance felt to decrease the risk of drug-drug interactions are to take medications separately, ideally 2 to 4 hours apart, especially if the medications act on the same metabolic enzyme groups.  This is something you can research easily on the internet, by typing ‘what enzyme pathway metabolizes “ X “ prescription’?

Some of the enzymes involved in cannabinoid metabolism, specifically CBD include the families:

Despite the confusion and controversies regarding the risks of drug-drug interactions with the use of cannabidiol tinctures, for most patients using low to medium of CBD doses for common conditions the risks of DDI are extremely low.  Some of the sickest patients may benefit from addition of CBD to their therapies, but patients should make treatment decisions with the knowledge and hopefully the support of their physicians.  Patients who have severe, or poorly controlled seizure disorders or who are on multiple seizure medications should consult with their neurologists for their guidance about adding cannabidiol or other cannabis medications to their regimens.  Cancer patients who are receiving chemotherapy should do so as well.  Studies suggest that cannabis medicine may improve the tolerability of some chemotherapeutic agents and perhaps lesson the development of side effects and toxicity from some chemotherapeutic regimens, but that possibility is still being investigated.  For patients seeking relief from conditions where conventional therapies have not given relief it is important for research to continue, but while we wait patiently for those studies to be conducted, it is equally important to recognize that the absence of evidence is not evidence of absence.